Los Angeles Mayor Eric Garcetti has officially declared April 25 La La Land Day! You know what that means, we get to swoon over Ryan Gosling and Emma Stone’s iconic love affair with the “City of Stars” once again! Yay!

The ceremony will be held on April 25, 2017 at City Hall starting at 8:30am. Choreographer Mandy Moore and Oscar-winning director Damien Chazelle along with other members of the crew are scheduled to make an appearance at the ceremony! So without further ado, here are 5 things to do in LA for La La Land Day that will make you want to keep singing “City of Stars!”

FIDM will have their final day of displaying La La Land costumes at their museum, along with the unveiling of the La La Land inspired costume design contest winner. 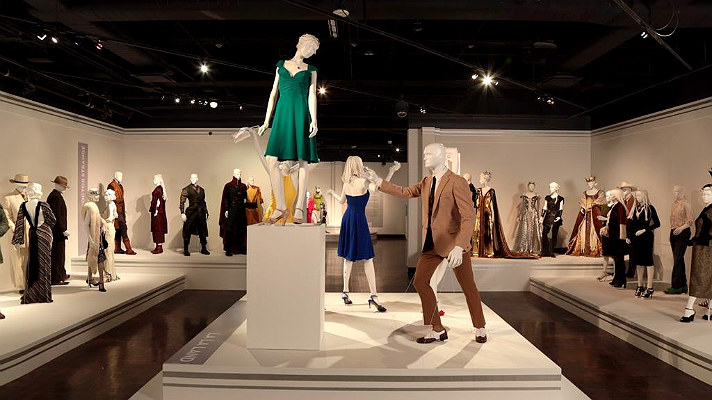 For one night only, The Blind Donkey will be transformed into “Seb’s” on April 25 (the original location for “Seb’s” in the film). They will feature live music, themed drinks and a full size Seb’s neon sign! Grand Central Market will host a La La Land dance lesson at 10 a.m. on April 25!  Sarita’s Pupuseria, the site of Mia and Sebastian’s first date, is featuring a La La Land photo-op with the stools they sat on in the movie! The infamous lights from Gosling’s “City of Stars” number will be brought back! Musicians from the film will also perform on the pier! And there will be a proclamation ceremony and a lighting ceremony! Can’t get enough? La La Land is set for a screening and live concert at the Hollywood Bowl this Memorial Day weekend, complete with a fireworks finale! Looking for more things to do in LA? Check out 50 Awesome Things To Do In LA With Kids and Family and 7 Mouth-Watering Acai Bowls You Need to Try Right Now!

I'll be attending UCSD in the fall, majoring in Communications. I'm a fellow foodie and an aspiring writer. I also enjoy watching movies, knitting and trying DIY projects.