6 Expert Tips for Mapping Your Own Career Path This post is sponsored by Capital One, but all opinions are my own. Thank you to the amazing sponsors that continue to support The LA Girl!

Is it time for a change? If you’re asking yourself that question, it probably is. As someone who’s changed their career path multiple times, I can personally tell you that it can be scary and intimidating – for everyone!

According to a survey done by Capital One, 77% of Americans have taken a job that didn’t align with their values. And what that means is that there will be changes in your career path as you look to live a happier and more fulfilled life.

I was happy to be included in the #CapXTalk panel with other experts to talk about Mapping Your Own Career Path: Aligning Your Values with Your Career Goals at Any Stage. You can watch the replay here, but I wanted to give you the top X expert tips to help you in your journey.

“Your career is like a ‘Choose Your Own Adventure’ book.”

Jon Wolske, Culture Evangelist at Zappos, says that a career is like the “Choose Your Own Adventure” books where you can make a decision and if you got to the page where you didn’t like the outcome – you could go back and change your decision.

He says, “with our careers, you can get into something that you think you’re passionate about, something that you’re skilled for…you choose that adventure, you try it and if it doesn’t quite work you always have the opportunity to get back and figure out what the next adventure is.”

“It’s not about failing, it’s about what you do when you fail.”

Ben Ricciardi, Founder & CEO of Times10, talks about fear of failure and what inspires him to keep going and keep winning. He tells us that “people are gonna try to bump into you to make you fail…it’s your job to stay ahead of them and keep changing and keep winning. I have to be faster than the next guy, more cutting-edge.”

“It’s not about the one shot, you have many shots.”

Most people think it’s about following your passions, even though most people don’t even know what their passions are. Andy Ku, Director of Product Marketing at LinkedIN, says that people are often paralyzed by the thought of “I cannot move forward until I figure out that ‘thing’ that I’m going to do.”

He also agrees with the “Choose Your Own Adventure” metaphor because there are many endings in that book and many of them are really good. He says, “we’re not forced to choose just one ending…there are multiple passages that we can take, multiple endings and multiple careers that can each be good and that can free us from the paralysis of thinking that we only have one shot.” 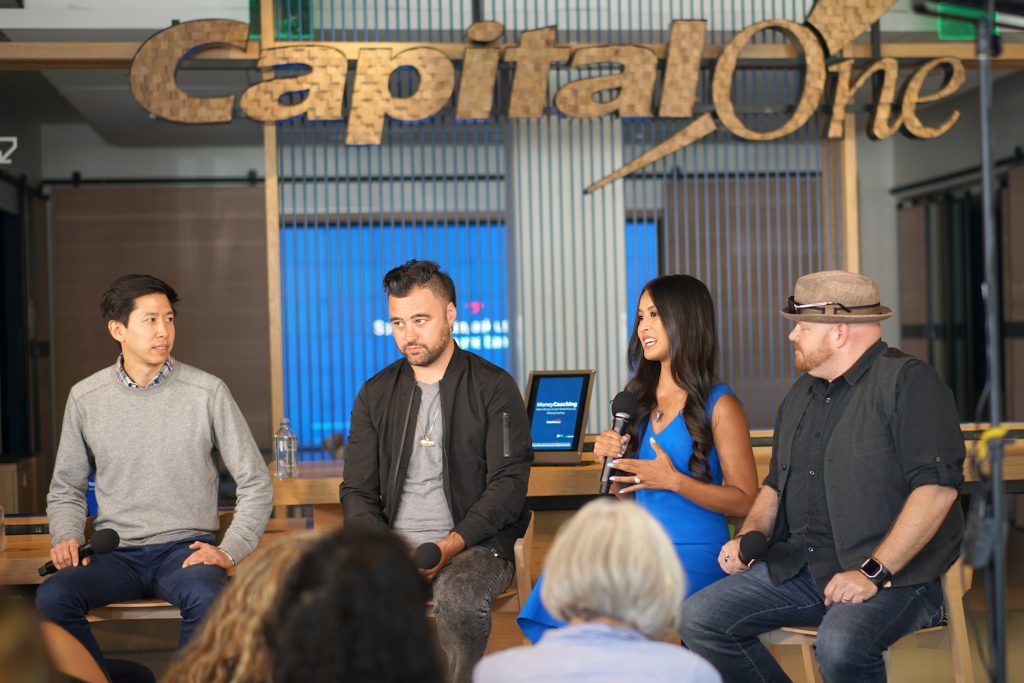 “Your values start with who you are.”

Andy Ku talked about his startup failure experience and says that part of mapping your career path is knowing who you are and choosing your own story. For him, growing up in Silicon Valley with the expectations of starting a company, was the driving force but he realized that he didn’t have a clear mission for his company. After three years of building products and going in circles, he shut down the company.

He then realized that his mission was to help people get jobs and now working at LinkedIN, he says that his driving principle is aligned with the company’s; therefore, making it his “dream job.”

“Once you make the decision to change, things will align.”

I’m a big believer in the philosophy that things are happening for you and not to you. When we’re thinking about doing something and in-between decisions, we’re often at a standstill.

It’s the moment when we decide to do something, even though we may not know how it’s actually going to happen, but the fact that we put it out there – that’s when things start happening. I truly believe that when you decide that you’re going to make change and you take action, that’s when you can surrender to knowing that you’re on the right path – whichever one that may be.

“Don’t underestimate the power of people around you.”

Andy Ku says that there are many opportunities that you have through the people around you, as well as using them for support and encouragement. He says that “relationships are one area that you can control and that people love you and want to help you.”

He says that “70% of people who got a job from LinkedIN did so through a connection.” You can find your dream company on LinkedIN and see if you’re connected to someone who works there. Andy suggests reaching out to them as that’s how many people have successfully gotten jobs.

If you want to watch the entire #CapXTalk replay, click here.

Don’t forget to check out a Capital One cafe in your area where you can hang out, attend a free workshop and see how they’re changing the way people think and feel about money!